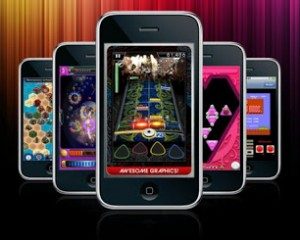 The average person in the U.S. spends 2 hours and 38 minutes a day on smartphones and tablets.

Flurry, an app measurement and advertising platform, has released some interesting data showing how people spend their time on iOS and Android devices, and the implications of that use.

App use accounts for 80% of time spent using the devices, with balance through a browser, the company reported in a blog post.

When it comes to apps, 32% of a consumer’s time is spent playing games – the largest segment. This is followed by Facebook use at 18% and “entertainment” at 8%. The balance of time is divided among multiple categories including “utility” and “entertainment,” each at 8%. Productivity uses accounted for the smallest share at 2%.

Consumers are also using more apps, said Flurry. Over the last three years, the average number of apps launched per day by consumers climbed from 7.2 in 2010 to 7.9 in 2012.

“Assertions that people are using fewer apps in 2012 than they did in 2010 appear to be incorrect,” wrote Simon Khalaf, president and CEO of Flurry.

But Khalaf also sketches out a very dynamic market. In the last quarter of 2012, 63% of the apps were new, “and most likely not even developed in 2011” or if they were developed, poorly adopted.

“We believe that with consumers continuing to try so many new apps, the app market is still in early stages and there remains room for innovation as well as breakthrough new applications,” wrote Khalaf.