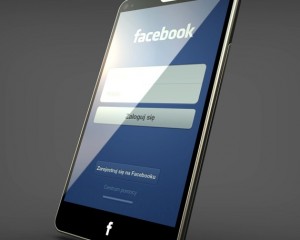 So far, Facebook puts native Home on HTC First, while six more smartphones can run the app; its unclear whether it will attract more phone makers, analysts say.

Given Facebook’s enormous following of 1 billion-plus users, the odds seem likely that other Android phone makers will look to cash-in on the native Facebook Home screen opportunity, some analysts said in interviews Thursday.

No other native Facebook Home phones were announced today, and several Android device makers wouldn’t comment on their plans for the app.

Facebook made it clear that open source Android is the best platform for Home, and analysts said it’s highly unlikely that it will ever run on iOS, Windows Phone or BlackBerry because those platforms are locked down.

So far, Facebook said in a statement, the Home app is supported on the HTC One X, the HTC One X+, Samsung’s Galaxy S III and Galaxy Note II. The app will also run on the forthcoming HTC One and Samsung Galaxy S4 “and on more devices in the coming months.”

Facebook CEO Mark Zuckerberg noted during Home’s unveiling today that a popular smartphone might only sell 10 million units in the early days of sales.

But there are many times more Facebook users, and Facebook is by far the most often-used application a smartphone, he added. “We spend 20% of the time on phones on Facebook,” he noted.

Device makers other than HTC or Samsung will likely support Facebook Home “out of competitive pressure,” said Patrick Moorhead an analyst at Moor Insights and Strategy. “I believe Facebook is paying the carrier and the handset provider, too, because it does involve more work and support for everyone. Other Android makers will only want a native Facebook Home if they are being paid by the carrier or Facebook.”

At the same time, the handset maker and carrier will lose control of the user, “because your primary experience will be Facebook, not Samsung or HTC,” Moorhead said.

“I am sure more handset makers will come to support Home,” said Carolina Milanesi, an analyst at Gartner. “I cannot believe they would limit themselves.”

She said she couldn’t confirm if HTC First will exclusively have Home preloaded for some time or if more will come.

Jack Gold, an analyst at J. Gold Associates, said he didn’t feel that the native Home on HTC First will do well, and might only have a 25% chance of long-term success.

“How many users want a hostile takeover of their phone?” he said. “How many people want a Facebook phone?”

Even with 1 billion Facebook users, Gold said there probably aren’t enough frequent users that would want the Home experience to make it a great success.

All the new and recent Android manufacturers and devices will eventually support a Home app download, Gold said, but whether another native Home device is built will depend on the success of the HTC First phone.

Several analysts said that if users don’t like the downloaded Home app, they will be able to remove it. Gold and Moorhead said it would be hard to remove the Home launcher from the HTC First, however.

“If you bought the HTC First knowing about Home, why would you want to remove it?” Gold asked.