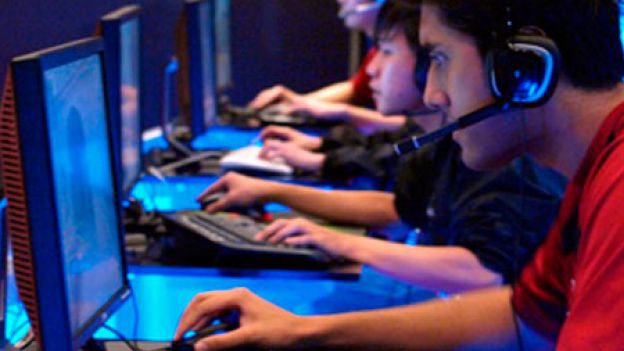 The social network aims to lure a wider variety of developers to its games platform.

If 2012 was the year of arcade, casino and hidden object games on Facebook, such as “Diamond Dash,” “Bubble Witch Saga” and “Bubble Safari,” the social network hopes 2013 will be the year of more immersive, strategy-oriented games.

Facebook wants to offer more of these games, sometimes called “core” or “midcore,” which are associated with more serious gamers like those that play on PCs and consoles. Getting more core games is part of a larger effort by Facebook to attract more developers and gamers across a range of devices.

The bulk of the company’s current offerings are casual games, “but when you look at the remaining market, most of that is core,” said Sean Ryan, game partnerships director at Facebook.

“That’s where we see the opportunities,” he said Tuesday to an audience of developers and gaming enthusiasts at the Game Developers Conference in downtown San Francisco.

“We’re going to expand the business for Facebook games above and beyond what we’ve done for desktop and mobile, to make sure we have games for everybody,” he said.

ChronoBlade, an RPG (role-playing game) currently in beta on Facebook, and Imperium, a science-fiction title in which players build a galactic empire of spaceships, are two such titles Facebook will be launching soon.

Facebook is already seeing some success in core gaming, Ryan said. Candy Crush, a hugely popular game on the social network in which players mix and match different types of candy, is an example of a seemingly casual game that is also attracting core gamers as the person advances through the game and the matches become more complex, he said.

It may sound like all good fun, but Facebook is serious about its gaming goals. Ryan’s comments, and similar statements made by other executives, came during a Facebook-sponsored forum intended to engage with developers, promote the Facebook games platform and provide guidance on how it could be used to launch developers’ games. It was the third such event held by Facebook at the annual conference.

Facebook launched its gaming platform in 2007, and its success has been on somewhat of a rollercoaster ride over the years as the company has experimented with new promotion game strategies and site redesigns.

“We think we’ve reached a balance now where we have a stable and growing platform on both desktop and mobile so developers can be assured we’re committed to growing the games ecosystem,” Ryan said.

Of Facebook’s roughly 1 billion monthly active users, 250 million play games on its platform, according to the company.

On Wednesday Facebook will also be rolling out a new feature to a small percentage of users allowing them to spotlight specific games they are interested in, as well as pages they have liked that are related to games, within their profile pages, the company reported.

In the end, however, “games are never going to be a primary pillar of what Facebook is about,” unlike News Feed, Timeline and search, Lee said.

“But one thing we haven’t done well in the history of games on Facebook is really define a way to make sure they are woven into the experience across all of these pillars, and that’s what we’re investing in going forward,” he said.