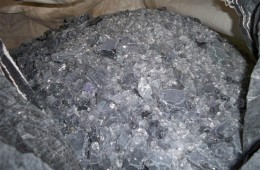 An electronics and a recycling trade group are looking for ways to reuse recycled cathode ray tube (CRT) glass from computer monitors and television sets, with a US$10,000 prize for the best proposal.

CRT technology has been replaced in the monitor market by liquid crystal displays (LCDs), light-emitting diodes (LEDs) and plasma displays, but the trade groups expect more than 2 billion pounds of legacy CRT TVs and monitors to enter the recycling stream in the coming years.

CEA and ISRI will accept submissions for the CRT Challenge until June 30. The groups will pick the winning proposal based on economic and environmental benefits, and CEA will award $10,000 to the winner. CEA and ISRI will publicize and share proposals with manufacturers, retailers and recyclers.

CRTs were widely used in displays, including TV sets, computer screens and diagnostic equipment, for many years. Because new CRT displays were the primary destination for recovered CRT glass, the end-use markets for CRT glass have decreased considerably, the trade groups said.

The trade group named three winners: Mario Rosato, who proposed a closed-loop process for separating the lead from the glass in a form with high market value; Nulife Glass Processing, which proposed a process that uses an extremely energy-efficient electrically heated furnace, uniquely designed to produce minimal emissions; and Robert Kirby, who submitted an idea for combining CRT glass with cement to create tile and bricks that are tested, labeled and sold specifically for applications where lead shielding is required, such as X-ray and fluoroscopy rooms.